Terpenes are the fragrance molecules found emanating from all plants – including cannabis, which offers a unique scent from one strain to the next. The fragrant imprint of each plant is a result of different combinations of terpenes. Cannabis is unique in that each strain has a unique profile of terpenes. Terpenes are believed to exhibit medicinal properties independent from the cannabinoids. Overall, terpenes contribute to a strain’s particular influence – a phenomenon known as the entourage effect.

Linalool is simple terpene alcohol, probably best known for the pleasant floral odor it gives to lavender plants. It is also known as β-linalool, licareol and linalyl alcohol. Linalool has been isolated in several hundred different plants including lavenders, citrus, laurels, birch, coriander and rosewood. Linalool has been used for several thousands of years as a sleep aid. Linalool is a critical precursor in the formation of Vitamin E. It has been used in the treatment of both psychosis and anxiety, and as an anti-epileptic agent. It also grants relief from pain and has been used as an analgesic. Its vapors have been shown to be an effective insecticide against fruit flies, fleas and cockroaches.

Terpinolene is a monoterpene, part of the terpinene subfamily of terpenes. This family of four isomers is known for being anti-oxidant, immune-modulating and anti-biologically (anti-tumor, antibacterial, antifungal). It has also been used, for hundreds of years, in the treatment on insomnia. Terpinolene is found in oregano, marjoram, cumin, lilac, some citrus rind and conifers.

When the Chlorophyll molecule degrades, it breaks down into two parts. The ‘tail’ portion is Phytol, an oily diterpene. It is used in the synthesis of vitamins E and K and is known to have anti-oxidant properties.

β-Myrcene is a monoterpene, and for a wide variety of reasons, one of the most important terpenes. It is a precursor in the formation of other terpenes, as well. β-Myrcene is found fresh mango fruit, hops, bay leaves, eucalyptus, lemongrass and many other plants. β-Myrcene is known to be anti-tumor, anti-inflammatory, and used in the treatment of spasms. It is also used to treat insomnia, and pain. It also has some very special properties, including lowering the resistance across the blood to brain barrier, allowing itself and many other chemicals to cross the barrier easier and more quickly. In the case of cannabinoids, like THC, it allows it to take effect more quickly. More uniquely still, β-Myrcene has been shown to increase the maximum saturation level of the CB1 receptor, allowing for a greater maximum psychoactive effect. For most people, the consumption of a fresh mango, 45 minutes before inhaling cannabis, will result in a faster onset of psycho activity and greater intensity. β-Myrcene can be used in this same manner to improve uptake with a wide variety of chemical compounds.

Citronellol is a monoterpenoid, closely related to Geraniol, and is found in geraniums, rose, some citrus rind. It has been used as a natural mosquito repellent for over 2,000 years, and to preserve fabric from moths. Like many other terpenoids, it is anti-biological, anti-inflammatory, immuno-regulating. As an anti-biological, it is well known for being aggressively anti-tumor. Also like many other terpenoids, it has a very low toxicity, having a high level of GRAS status and a high LD50 of 2650mg/kG of body weight.

Caryophyllene oxide is the oxidation product of beta-Caryophyllene. It is well known for it’s anti-biological activity against fungus and tumors. It is also anti-oxidant. It may well play a roll in improving uptake of CBD/CBC in the CB2 receptor.

α-Pinene is one of the principle monoterpenes, and is important physiologically in both plants and animals, and to our environment. α-Pinene tends to react with other chemicals, forming a variety of other terpenes (like D-Limonene) and other compounds. α-Pinene has been used for centuries as a bronchodilator in the treatment of asthma; ever notice how your lungs seem to open up when hiking through a pine forest in the warm summer? α-Pinene is also anti-inflammatory. It’s found in conifer trees, orange peels among others, and known for it’s sharp sweet odor. α-Pinene is a major constituent in turpentine.

D-limonene is a cyclic terpene of major importance with a strong citrus odor and bitter taste. D-limonene was primarily used in medicine, food and perfume until a couple of decades ago, when it became better known as the main active ingredient in citrus cleaner. It has very low toxicity, and humans are rarely ever allergic to it. Medicinally, Limonene is best known for treating gastric reflux and as an anti-fungal agent. It’s ability to permeate proteins makes it ideal for treating toenail fungus. Limonene is also useful in treating depression and anxiety. Limonene also assists in the absorption of other terpenoids and chemicals through the skin, mucous membranes and digestive tract. It’s also been shown to be effective anti-tumor while at the same time being an immuno-stimulant. Limonene is one of two major compounds formed from α-Pinene.

Beta-caryophyllene is a sesquiterpene found in many plants including Thai basils, cloves and black pepper, and has a rich spicy odor. Research has shown that β–Caryophyllene has affinity for the CB2 endocannabinoid receptor. β–Caryophyllene is known to be anti-septic, anti-bacterial, antifungal, anti-tumor and anti-inflammatory.

Humulene is a sesquiterpene also known as α-humulene and α–caryophyllene; an isomer of β–caryophyllene. Humulene is found in hops, cannabis sativa strains, and Vietnamese coriander, among others. Humulene gives beer its ‘hoppy’ aroma. It is anti-tumor, anti-bacterial, anti-inflammatory, and anorectic (suppresses appetite). It has commonly been blended with β–caryophyllene and used as a major remedy for inflammation, and is well known to Chinese medicine. 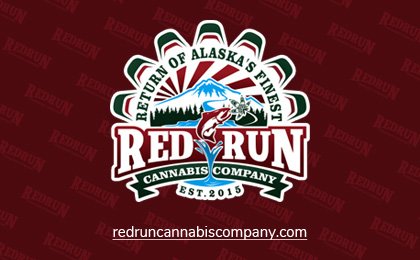